An appetite for sound 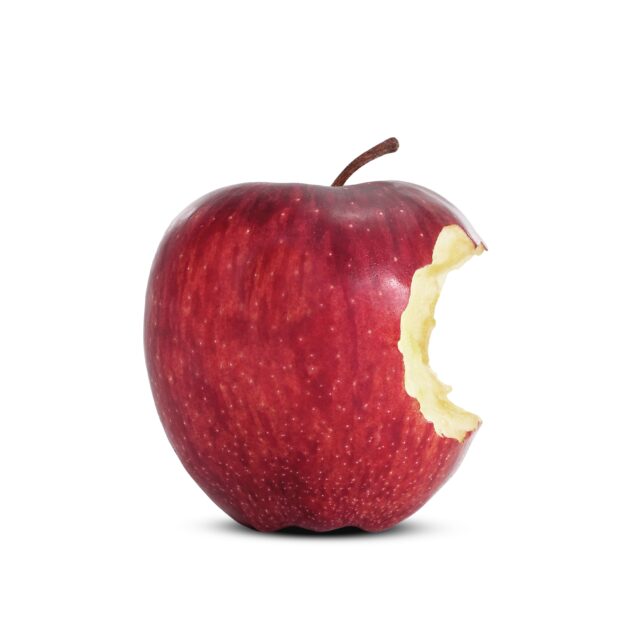 Only when something is no longer there, will a person perceive what exactly he is missing. De Dijk put this into words some time ago in a song about heartbreak, but of course this applies to all kinds of self-evident things, this holds true for chewing too. An everyday action that most people with good teeth don’t even think about. You can mindlessly chew on a chewing gum, the average sandwiches for lunch, or sew away a bowl of chips or a handful of nuts. And only when that disappears do you realize how important chewing is for the experience of eating.

Chewing makes it possible to vary in a meal with different hardnesses and structures of the ingredients, making the dish a lot more interesting. We observe these differences in mouth feel with the tongue, oral cavity and jaws while chewing. The mouthfeel is almost an extra sense: when it disappears, it is almost indistinguishable what you actually eat. After all, pureed carrot or sweet potato is both orange paste without structure.

By varying the color and structure of the different components or by adding something spicy, you can still achieve a meal with a kind of taste experience. In addition, a 2004 study by Oxford University found that the sound that food makes when you chew it through, contributes to the perception of freshness. Chips that crack harder while biting through, for example, are experienced as fresher. One of the authors of the above article, Professor Charles Spence, wrote an interesting book About this phenomenon and other similar interactions between the different senses, “Gastrophysics: The new science of eating”.

I myself have not been able to chew for a total of fourteen weeks due to broken jaws and later had to use a mouthwash with the side effect that I could not taste anything for two weeks. So I have personally experienced that eating without structure and without taste is very boring and that the appetite then quickly diminishes. After so many weeks of living on custard, soup and stamppot from the blender, I was craving biscuits, chips, raw carrots, crispy chicken cutlets, salad, or just a simple piece of fruit that hadn’t been mashed or vegetables that hadn’t been cooked through. Apparently crispy and hard things are also an important contribution to the experience of a meal for me. And as long as my blender was my best friend in the kitchen, I’ve had to vary with sweet and savory flavors and lots of spices to keep it somewhat interesting.

Even for people who can chew and taste it is important that the meal contains a variety of hard and soft structures and crunchy and tender components. For most people, fully cooked vegetables are less tasty than vegetables that still have a bit of ‘bite’ and also have a fresher color. The conclusion of a Food Technology research performed by one of my colleagues was that variation in mouthfeel within one dish was a critical factor in determining the overall appreciation that respondents gave test dishes.

Most pasteurized or sterilized ready meals are generally not known for their variation in texture and color. That is why it is so interesting to investigate how we can improve these properties of such meals. TOP bv is engaged in the development of mild preservation techniques, such as pasteurization and sterilization of meals using Radio Frequency waves. This RF Technology available in an In-Pack and in an In-Line version ensures that structure, color, taste and even nutritional values ​​of vegetables, pasta, potatoes, meatballs, etc. are preserved a lot better than with the well-known retort- technology. Due to a very fast and, moreover, uniform so-called volumetric heating of the product, the cooking value or more specific the thermal overload of ingredients remains much lower than with traditional processes. With RF, this cooking value is up to 10 times lower than with a traditional retort.

A not unimportant aspect is the CO2 footprint-reducing effect of RF sterilization compared to traditionally treated meals, the widely consumed frozen and cooled products. Food can be stored at ambient temperature for 12 months or more from the moment of RF treatment! After packaging, many times less energy is used up to the moment of consumption of RF-treated products: no so-called “cold chain” distribution is required. In this way, we generate twice as “green” vegetables & products with RF technology.

Written by one our expert Food Technologists