The battle for our precious nutrients 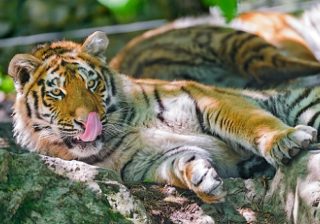 Every organism on earth is fighting in what seems to be a never ending battle for food. Until the invention of agriculture, the human race was spending a very big chunk of their time hunting and gathering food. After the hunt, the food had to be protected from other predatory organisms. The world seemed to find itself in a constant interspecies battle for nutrients. At first sight, it might appear as if the agricultural and subsequent industrial revolutions have forever won this fight for humanity.

In part, this is true – the developed world is very successful in finding and producing enough food. Protecting our food from rivaling mammals with scary sharp teeth is also not our biggest challenge anymore. But, the fight is not over – the focus just shifted to a totally different scale. Today’s biggest rivals for our delicious and easily degradable nutrients are… microorganisms.

And those microorganisms are a truly tough competitor. The battle starts at the farms, where the agricultural industry does an excellent job protecting their crops and cattle against our hungry little rivals. As soon as the food is harvested, the food industry takes over. Their challenge is to safe, tasty and healthy food, with a long shelf life. Controlling the amount and preventing the growth of microorganisms is an essential part of this task. Over the years, a spectacular amount of different techniques have been developed to protect our food from their hungry mouths.

The first generation of preservation techniques were methods like drying, salting and pickling. Without realizing it, humans were altering the intrinsic properties of their food in such a way that it slowed down the growth of microorganisms. Lowering the water activity by drying, for example, takes the food’s properties further away from the optimal growth conditions of these microorganisms.

The industrial revolution brought humanity a second generation of preservation technologies. Methods like pasteurization and sterilization were invented to tackle the problem from a different angle. Instead of lowering the speed of microbial growth, these techniques decrease the initial load of microorganisms by heating the food. Because the initial load is much smaller, it takes longer for the microorganisms to grow to an amount at which the food is spoiled or unsafe.

Recent decades have brought us a range of preservation methods that rely on the same principle of initial load reduction. Instead of using plain heat however, modern techniques use high-tech methods such as high pressure, UV radiation and pulsed electric fields to inactivate microorganisms. And when heat is absolutely necessary, we use electrostatic waves like Radio Frequency or Microwave to swiftly heat the product in order to maintain the highest quality.

In our daily lives it may feel as if the battle for our nutrients is something from our past. This is, however, far from true. It’s easy to take for granted the efforts the food industry makes to keep our food safe. I hope that by being more aware of these efforts, we can all become more conscious of all the food that ends up being consumed by the trash bin.