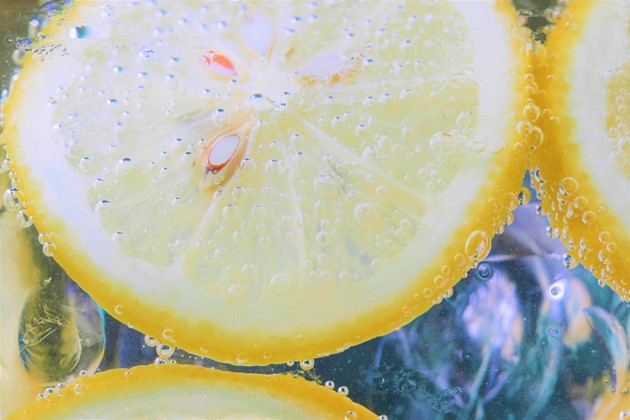 TOP is doing a pilot study on the possibilities of producing stable, transparent oil-in-water emulsions without the need for artificial additives. By using physical processes emulsifiers and sugars will be made redundant. That is how we make beverages that contain nothing but water and flavour- and healthmakers.

We want to get rid of added sugars and emulsifiers in beverages. That is why we are conducting research to merge several physical processes into a single turnkey technology platform, making these substances redundant. This way, TOP offers beverage producers the method to produce a new generation of healthy, and above all tasty drinks that meet the growing consumer demand.

The disadvantage is that many of the flavour makers and active ingredients which are used in the production of beverages do not dissolve well in water, however they do dissolve in oil. To make this oil mixable, a lot of emulsifiers are used (some of which are no longer permitted by the European Union). We are experimenting which physical processes are necessary to ultimately make this step superfluous. At the moment, a lot of extra work is needed to make an emulsion of oil droplets in water without it resembling salad dressing or milk.

After all, drinking an opaque milky emulsion is quite unpleasant. The relatively large oil droplets provide a less-than-optimal mouthfeel because the tongue is able to feel the loose oil droplets in the water instead of a creamy uniform drink. However without emulsifiers, carbon dioxide and sugars, it is difficult to simply add substances such as vitamins A and D, carotenes, extracts of herbs & spices, and essential oils from fruit to water and produce a tasty beverage. Ultimately, the carbonated bubbles and the sweetness of the sugar distract the consumer from the unfavourable properties.

There is a growing demand for drinks with active ingredients that have a positive effect on health and daily activities. These are drinks based on, for example, “adaptogens”, “natural energy drinks”, or “functional waters” with various functions, such as caffeinated water that strengthens your immune system.

The indifference about ‘what to drink’ is definitely over! Anyone who has taken a good hard look at the hospitality industry and in the supermarket the past few years probably noticed this. The shelves and refrigeration are increasingly stocked with ‘serious’ drinks. Drinks with ‘mature’ flavours in which, for example, fermentation (such as kombucha), botanical extracts (the cornucopia of tonics) or herbs and spices are used. The consumer will consciously choose a healthy drink and prefers to skip the artificially flavoured sugary drinks with bright unnatural colors. Now is the time for something healthy and refreshing!