Struggles in the bread market 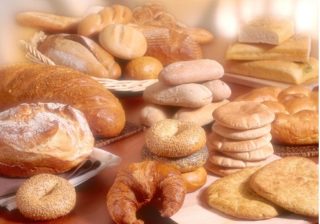 Bread has been a staple in Dutch households for a very, very long time. It is probably the most important food that powered generations of Dutch people growing up. People love bread for its taste, convenience and versatility. Another important driver for deciding what we eat is of course the healthiness of products. As kids, we were all taught that there’s nothing better than a whole wheat sandwich with a slice of cheese. This is hardly surprising, since bread has for many years been one of the cornerstones of the Food Guide Pyramid – ‘’Schijf van Vijf’’. The “Schijf” is the most important nutritional advice formulated by the Dutch semi-governmental institute responsible for informing people about healthy diets, The Food Centre – ‘’Het Voedingscentrum’’.

In recent years however, Het Voedingscentrum has decreased their recommended bread intake by half. This happened in the light of the growing realization that eating excessive amounts of grain doesn’t have a place in a healthy human diet. This shift in bread’s reputation has had profound effects on the sales of bread in the Netherlands. According to a model that The Dutch Bakery Centre (NBC) has developed using multiple sources of data, sales volumes of bread (in kg/year) have been decreasing steadily and fast: almost 17% in the last 6 years. As is the case in almost every subsector of the food industry, the local bakeries and specialty shops are experiencing the fastest decrease.

Interestingly however, sales revenue (in €/year) has not seen decreases as dramatic in size. When we correct for inflation and decreasing sales volume, we see that the revenues are actually growing. Data teaches us that this is caused by the fact that consumers increasingly prefer smaller specialty bread over the consumption of large loafs. Overall, people eat less bread – but when we do, we tend to increasingly choose for somewhat smaller portions of more luxurious options.

The EU has recently funded a three year marketing campaign to halt the decreasing bread consumption. All evidence suggests however that this trend will continue going forward. Especially the bulk consumption of standard large loafs of bread is expected to suffer. As always, this offers opportunities for other sectors of the food industry to act as a replacement. Especially products like legumes, nuts, fruits and vegetables can be expected to gain a better representation on our plates. An old Dutch saying comes to mind: “De een z’n dood is de ander z’n brood (= One man’s loss is another man’s gain).” It’ll be interesting to see whether the word brood (= bread) in this saying survives the test of time.