What does the “E” actually stand for? 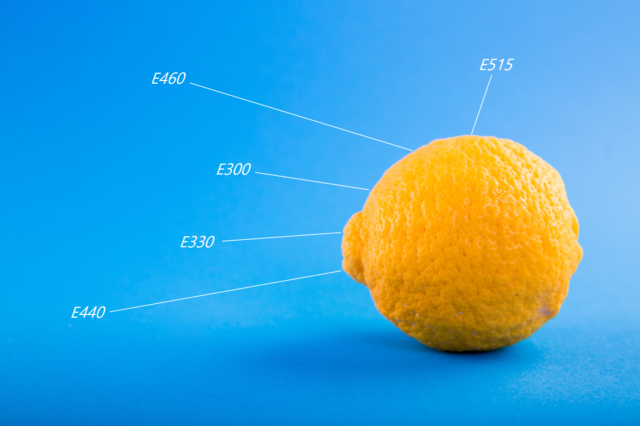 Its’ very likely you have heard the term mentioned recently: E numbers. They are usually referred to in a negative context and many consumers see E numbers as “chemical” and “unhealthy” and stories circulate that they are responsible for, or aggravate, conditions such as hyperactivity and asthma.

This popular belief leads to an increased demand for E-number-free products. Demand creates its own supply and thus food producers are trying to remove E numbers from their products. But the question remains: why are E numbers considered unhealthy?

To start with a little background, E-numbers are codes for food additives that have been approved within the European Union. They are often added to foods improve quality and safety and include various products such as for example flavour enhancers, stabilizers or preservatives. Currently there are around 350 additives approved in the EU, but to get approval is by no means a simple process. Before an E number is issued, the substance is extensively examined by the European Food Safety Authority (EFSA). For a substance to be admitted as an additive and to be used, it must overcome toxicological controls, be chemically characterised and demonstrate that its use provides consumer benefits and / or technological benefits. In the approval process also the products in which the substance may be used and, where applicable, a maximum use level is specified. Once approved, food producers must also state on the label which additives are in their food product (with the name of the substance or the corresponding E number) and what the function of the substance is.

Thus there are very strict rules for the use of E-numbers, but for many consumers this is not sufficiently reassuring. Many consumers feel there is a lack of transparency in the food industry, and they have the impression that producers secretly fill their products with chemicals with a negative health effect.

The problem is that consumers very easily form an opinion on E-numbers, but do not see what it yields. People have become accustomed to food that is guaranteed safe, is of consistent high taste quality with a long shelf life. In this E-numbers can have a useful contribution.  Not using the correct additives can actually affect product safety for certain products or lead to unwanted recipe changes such as an increased salt content to guarantee product safety.

We can only applaud the fact that consumers are interested to know what is in their food, and to get their feed-back, but the fear created by mainly on-line media at present is unfounded. As an industry the best thing to do is to communicate clearly why certain additives are used and to avoid negative label claims since these negative label claims, especially on “clean label” foods only serve to confuse the consumer even more.

Concluding what does the E stand for: the “E” stands for Edible.